On May 20, 2016, the "3rd China New Media Portal Conference" hosted by the China Electronic Commerce Association came to a successful conclusion at the Beijing Media Center. At this conference, the well-known recruitment website of China's chemical industry, Chemical Talent Network, was awarded the title of "China's New Media Most Valuable Industry Portal".

Chemical Talent Network-I will help you find a job!

It coincides with the "Golden Nine Silver Ten", which is the peak season for talent recruitment. On September 28, 2017, Chemical Talent Network, a subsidiary of Talent Talent Network, and the School of Economics and Management of Beijing University of Chemical Technology jointly held the 2017 Fall Campus Double Election Conference. This double election will be held at the Student Employment Center of Beijing University of Chemical Technology.

In March 2015, the brand advertising of Yingcai Network, the largest recruitment website by industry in China, was fully launched on the Shenzhen Metro Line, affecting and covering financial and commercial centers, high-tech zones, concentrated areas of colleges and universities, and major theater companies. Concentrated areas of major crowds, such as circles, airports, CBD centers, and traditional business districts, have pushed Yingcai's "professional and dedicated" service concept to people's vision.

The golden autumn season is surrounded by plants and trees, all of which are poetic and picturesque impressions. HR people also stopped to enjoy the beautiful scenery of autumn in the busy work interval, and recorded the scenery in autumn with the lens, showing us not only the beautiful grassland, the boundless sea, but also the red maple leaves and the fruits. They framed each and every romantic moment with the lens, and told beautiful stories with pictures. A total of one first prize, three second prizes, eight third prizes, and sixteen commemorative prizes were selected for this photo contest. Winners will receive beautiful prizes from the organizers. 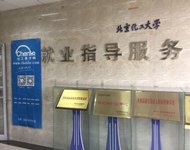 In the afternoon of November 6th, the Chemical Industry Talent Network, a subsidiary of Talent Network, together with Beijing University of Chemical Technology successfully held the autumn election. The campus dual election meeting was held on the 4th floor of the Employment Center of the University of Chemical Technology. The activity started at 1:30 and ended at 5:00. According to statistics, the event site ... [Details]